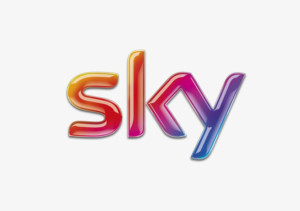 I am very pleased to announce that Sky Italia has joined Parks.

Founded in 2003, Sky Italia is the first media company in Italy, with a subscriber base of 4.77 million families. It is part of the Sky Plc group, the entertainment leader in Europe with 23 million subscribers in 7 countries: Italy, Germany, Austria, United Kingdom, Ireland, Spain and Switzerland.

Aware of the social impact that a media company can have on the society in which it operates, Sky has always been committed to proposing content that is not only capable of entertaining or exciting but also of promoting reflections and values ​​such as equality and the inclusion of diversity against all forms of hatred and intolerance. For its 4.500 employees Sky Italia wants to be a welcoming company where all people can feel free to be what they are and best express their potential and promote an environment where inclusion is a shared value, in the belief that the diversity of thought lead to explore original ways and find innovative solutions for the business.

“Recognizing and fighting prejudices against all diversities and adopting inclusive behaviors are key competences in responsible companies like ours, as well as representing the fundamental values ​​we want each of us to feel and express. Not only do we have the duty to make inclusion a distinctive competence of Sky, we want this to be a key point of the corporate value proposition just like other fundamental elements of our business such as innovation or excellence in the content we offer.” (Francesca Manili Pessina, EVP HR, Organization & Facility Management)

On the occasion of Milan Pride 2017, Sky Italia launched the #JustBe initiative aimed at LGBT colleagues and their allies, inspired by what has already been achieved by Sky UK in partnership with Stonewall in the last few years: a week of projections and events dedicated to the LGBT world, from which the internal LGBT & Friends network originated, a network that keeps growing month after month and operates in order to make Sky a Great Place to Work also from this point of view.

By joining Parks, Sky Italia adds its name to the important group of Italian and global employers that promote the culture of diversity and inclusion in Italy. Sky Italia and all members of Parks work on the creation of inclusive workplaces for all their employees, also in relation to sexual orientation and gender identity and expression. They share the understanding that such approach is not only significant from the ethical standpoint, but that it also represents a strategic investment in order to build a more successful organization and business.

A warm welcome to Sky Italia.

Membership of Parks means capitalizing on talent. it means promoting a sustainable business model and joining an innovative project that encompasses the most important italian companies.